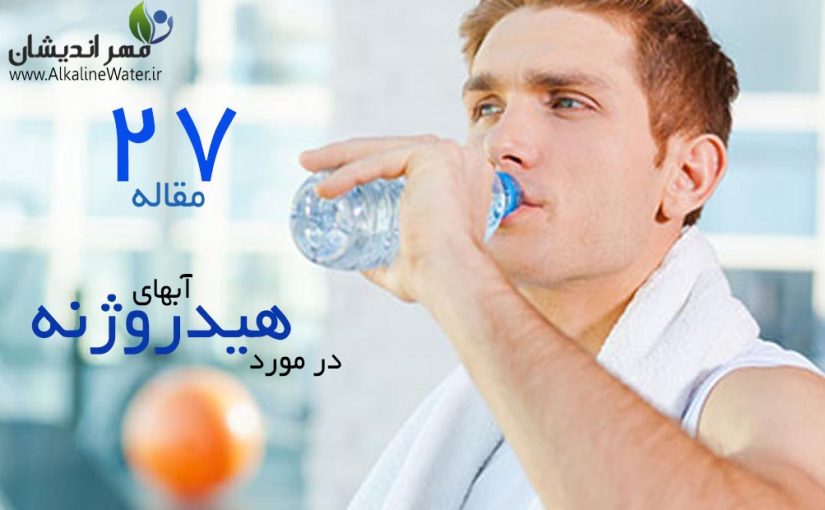 Hydrogen water is loaded with hydrogen molecules that can extinguish free radicals and cross the blood-brain barrier, cell membrane, mitochondria, and even the nucleus.

Because of its unique properties, molecular hydrogen has therapeutic benefits in virtually every organ in the body where it exerts antioxidant,anti-inflammatory, anti-obesity, and anti-allergy actions with no known side effects [Refrence,Refrence2].

The Hydrogen Water That I Recommend

The Health Benefits of Hydrogen Water

۱) Hydrogen Water is an Antioxidant and Prevents Brain Damage

Unlike other antioxidants, H2 has the unique capability of crossing cell membranes and targeting organelles such as the mitochondria and nucleus [R].

Hydrogen water prevented both the development and progression of neural degeneration, and also suppressed neuronal loss in another Parkinson’s disease mice study [R].

Additionally, in a study on patients with Parkinson’s disease, it was found that the intake of hydrogen water reduces neurotoxic damage, which agrees with previous studies on animals. There were also no adverse effects from the hydrogen water at high doses (1000 mL/day) [R].

Hydrogen water restored the natural growth of brain cells in mice. Because antidepressants increase adult neurogenesis, hydrogen water may be used for improving depression and some mental disorders [R,R2].

A study in rats showed that hydrogen water was able to preventatherosclerosis (hardening of the arteries) [R].

In a study on patients with the potential for metabolic syndrome, drinking hydrogen water (1.5 – ۲ L/day) for 8 weeks showed an increase in HDL-cholesterol (“good” cholesterol) and a decrease in total cholesterol [R].

Long-term drinking of hydrogen water controlled body fat and weight in rats, despite no change in food and water intake [R].

Clinical studies have shown that drinking hydrogen water directly protects the mitochondria and improves the outcome of mitochondrial disorders [R].

Metabolic acidosis is a condition characterized by an increase in blood acidity, which can be exacerbated with exercise. A study in healthy physically active males found that a daily intake of hydrogen-rich water for 14 days increased the pH of the blood before and after exercise with no side effects. The study concluded that drinking hydrogen water is safe and may have an alkalizing effect in the blood [R].

Heated hydrogen water was found to be an effective anti-tumor agent [R].

Bathing in hydrogen water for 3 months significantly improved wrinkles in the skin in a human study [R].

Hydrogen water in the form of a preservation solution reduced the damage of a variety of organs during transplantation [R].

Atopic dermatitis (AD) is an allergic inflammatory skin disorder characterized by red, scaly rashes on the skin. In mice with AD-like skin, hydrogen water was able to improve symptoms by suppressing inflammation (through manipulation of Th1 and Th2 responses) [R].

Hydrogen water consumption in rats had a protective effect against lung tissue injury by suppressing inflammation and oxidative stress (through reduction of NF-κB activity) [R].

A study found that pre-treating mice with hydrogen water before irradiation exposure increased survival rates and protected the heart from radiation-induced damage [R].

In mice, oral hydrogen water intake was found to alleviate common symptoms of neuropathic pain (allodynia and thermal hyperalgesia). The study concluded that hydrogen water may be helpful for relieving nerve pain in a clinical setting [R].

The ability of molecular hydrogen to protect nuclear DNA and the mitochondria from oxidative damage is thought to have beneficial effects on chronic diseases like cancer and the aging process [R,R2].

When human umbilical vein endothelial cells (HUVECs) were grown in a hydrogen-rich medium, both oxidative stress and cellular aging were suppressed. The study concluded that drinking hydrogen water may increase longevity in humans [R].

۲۷) Hydrogen Water is Antibacterial and May Promote Oral Health

A study found that hydrogen water may improve oral hygiene because of its antibacterial effect against cavity and gum disease-causing bacteria [R].